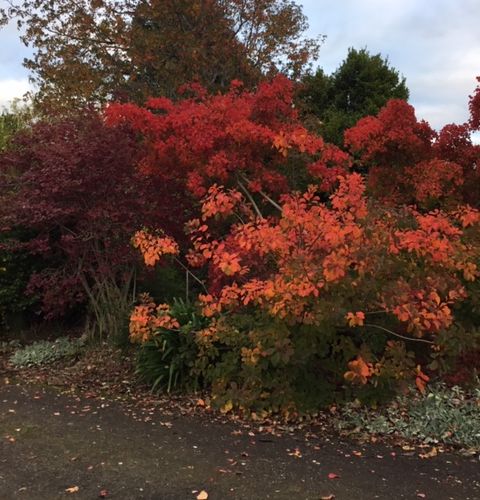 And so to autumn

So here we are, almost halfway through what is certainly proving to be a strange and challenging year. The pandemic lockdown continues, but chinks in the Covid curtain are appearing with most state governments announcing there will soon be an easing of restrictions, albeit very small ones to begin with. However none of them are fast enough for #ScottyFromMarketing – aka Prime Minister Scott Morrison – whose focus has taken a sharp turn lately about concern for the health and welfare of people, to concern about the economy. Mr M wants everyone back at work, at school, and out shopping for goods other than loo rolls so the country can ‘snap back’ to normal, the balance sheet doesn’t look quite so lopsided, and our freefall towards recession can possibly be avoided. Clearly a terrifying prospect for Mr M and a government which sees the world in terms of dollars and cents, and likes to spruik its credentials as better managers of the country’s economy – regardless of the cost in human, environmental and social capital. But a ‘snap back’ is highly unlikely according to several economic commentators who have universally described this analogy as completely unrealistic.

And arguably unwanted. It seems a hefty chunk of the population isn’t anxious to return to ‘normal’. While the lockdown has been immensely and undeniably difficult for many, many people, for others it’s actually been rather cathartic, and unexpectedly enjoyable, so a return to ‘normal’ is not something they either welcome or relish. Quite the opposite. People are appreciating a more relaxed pace of life, time to smell the roses – literally – spend quality time with partners and children, rediscover their creative sides, and enjoy the natural world and the changing seasons. This is proving far more appealing than a lifestyle lived at a frenetic pace that barely allowed time to stop moving, breathe, and enjoy simply being. The health benefits that are flowing from this slower, more reflective pace of life are also proving significant. Not just for us, but for the planet.

It was only a matter of weeks (or so it seemed) before social media was full of photos and videos taken by people around the world amazed they were documenting previously unheard of instances – fish being caught in rivers and canals normally choked with poisonous debris; mountain ranges emerging from dense shrouds of polluted air; and night skies where canopies of millions of stars were being seen for the first time in decades.

The Earth was regaining some balance, and people were starting to realise the extent of humanity’s impact, and our role in the planet’s degradation. A few lightbulb moments were happening across the globe which ultimately, hopefully, will prove beneficial for the world, as economic models are challenged. It’s almost inevitable the pandemic will result in a resetting of how we live, work and play. It will be hard, it will be challenging, but if we are to avoid the climate change catastrophe that hasn’t disappeared, and that continues to hurtle towards us, it’s vital we do all adjust, adapt and embrace a different way of living. And that includes governments with outdated and ideological agendas that don’t belong in our brave new world.