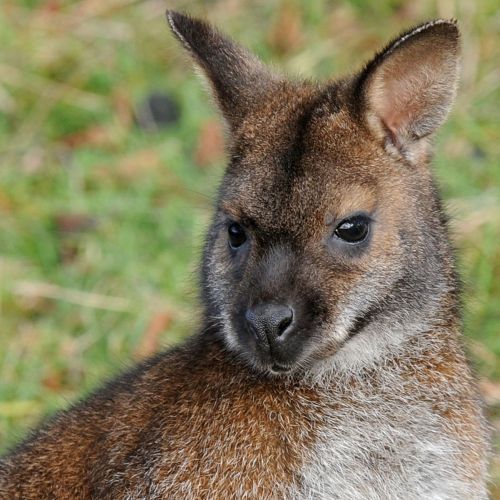 Although not widely reported, Tasmanians were made aware last week that millions of the state’s wildlife was being legally killed. The details came to light because of a Right to Information request, submitted by the Tasmanian Greens, that sought specific details about the number of wildlife deaths as part of a parliamentary Budget Estimates Committee hearing. The shocking answer revealed that the government’s Property Protection Permit system allowed landowners and farmers seeking to reduce the damage to crops and vegetation from wildlife species, to slaughter upwards of two million animals and birds from 2019 to June this year.

I wonder if those figures would ever have come to light had that RTI request not been made.

One would think this sort of number would shock people to the core. That they would be horrified, appalled, angered and outraged at hearing about such carnage. From comments made on The Mercury newspaper’s website, and its Facebook page, a lot of people were not. Quite the opposite. They trotted out the usual responses about Tasmania being over-run with wildlife, and that a good kill – sorry cull – was essential. That farmers and landowners had every right to shoot wildlife that had the audacity to peck fruit or nibble on grain crops.

Of course farmers need to protect the crops that become the food we all eat, and nobody denies some mitigating measures are necessary, but shooting surely shouldn’t be regarded as the first or only one. It’s not as though alternative deterrents aren’t available, and could be implemented. The typical excuse is they are expensive and inconvenient and the result would be more expensive food. Shooting wildlife is therefore simpler and cheaper.

I’ve no idea what it is that makes some humans killers. Of anything. Sure, we are all guilty of reducing the population of blowflies, mosquitoes, European wasps, mice and rats, without thinking too deeply about it. They are pests to be sure, and can cause harm and disease. But to actively condone the massacre of wallabies, possums, wombats, black swans and native hens? That makes no sense to me when, as a nation, Australia has allowed so many of its iconic species to become extinct since European settlement. The most infamous of which in Tasmania of course is the thylacine, or Tasmanian tiger

. Until relatively recently there were serious fears the Tasmanian devil would go the same way, but millions of dollars have been spent during the last 20-odd years to ensure its survival from the fatal facial tumour disease that has ravaged the species in the wild.

And that’s the thing. Millions of dollars and volunteer hours are spent caring for injured and orphaned wildlife so the disconnect between this attitude, and the wholesale slaughter that also occurs, is shocking.

So now here we are, endorsing the murder of many of Tasmania’s wildlife species, when so little is known about the importance they have for biodiversity, or even their overall population numbers. Not to mention their importance as a tourist attraction, one that both government and industry are happy to spruik in the promotional literature encouraging people to visit so they can enjoy the state’s unique wildlife experience.

Then, when people do visit Tasmania, they are horrified at the number of carcasses they see lining the state’s roads. Because in addition to the animals legally killed under the PPPs, there are reportedly an additional 500,000 roadkilled animals annually.

Tasmania likes to market itself as being ‘clean and green’. The sad truth is it’s anything but.