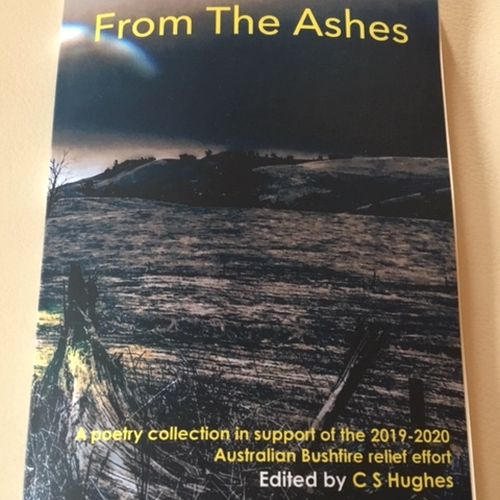 I still feel a bit of a fraud when it comes to my attempts at poetry writing as I don’t really consider myself a poet at all. I started writing poetry after being invited years ago to join an online weekly word game played by a few writers. Most were based in New Zealand, and the instigator and coordinator of the game is a Kiwi, but initially there were a couple from South Africa as well. The idea is to create a short piece of writing – anything from essay, anecdote, story, script or poem – from the words submitted by contributing players each week. Previously used words are not allowed, and the selection is completely random but at least three of the submitted words must be included. Sometimes this can prove quite challenging – especially if only three people played, providing just three words! There’s no obligation to play every week, but those who miss five in a row forfeit their place – although they can re-join at any time.

For reasons that remain unclear to me, poetry is usually what emerges from these disparate words, and over the years most have been political responses to whatever might be happening in the country or world at that time. Writing them provided an emotional release during the pulp mill campaign, allowing me to pen a scathing reply to whatever aspect dominated the week’s headlines.  Some will be included in the book. Poems are entirely instinctive, and follow no accepted style or form, but they have a rhythm to them even if they rarely rhyme in the traditional sense.

So they’ve become something of a social and political commentary over the years, and friends who are way more accomplished in writing the poetic form than I am, have also been generous in their praise and appreciation, even suggesting I should consider publication. Although largely sceptical and reluctant to claim a talent I don’t altogether feel is deserved, I have occasionally followed their advice and achieved some publishing success in several small press publications.

Now however, I’ve recently received an email from a US-based Australian academic, so maybe it’s time to have more confidence in my poetry-writing ability. University of California academic Eve Darian-Smith is seeking copyright permission to use an extract from a poem included in the ’From the Ashes’ anthology, published early last year as a bushfire fundraiser to assist wildlife sanctuaries care for burned and displaced animals.

The planned book is: “. . . . Planet on Fire: Climate Change and Global Free-Market Authoritarianism” which examines governmental policies and neoliberal logics that prioritize corporate interests over those of citizens and the environment. The book is to be published by the University of California Press, [in 2022] which is a non-profit scholarly publisher. The book is based on scholarly research and is intended for sale to libraries, scholars, students, and interested general readers on a non-profit basis.”

Now you know why I’m in shock!

Just ‘Wow!’ to echo the response of one of my friends when I told him!