When it comes to watching television it’s either ABC or SBS. Commercial television doesn’t rate in our household. I can’t stand ad breaks interrupting a program I’m just getting involved in, or a film that’s just successfully managed to capture my attention. I find the ads infuriating, and the way they seem to both speed up, and increase in length as the show gathers pace, the more infuriating I find them. Totally ruins the experience so far as I’m concerned. Obviously I have to hold my nose a bit when watching SBS, but at least there is a mute button on the remote. The only other time the TV is tuned to the commercials is for John to watch sports programs, and they’ve been few and far between in this brave new world of COVID.

But there’s only so much COVID-related news we can stomach, and after a day when pandemic stories seemed to have saturated the airwaves even more than usual, John turned in desperation to the TV guide we – unusually – had that particular week, and said Oh gosh, you’ll never guess what’s getting a re-run on one of the commercials – Heartbeat! 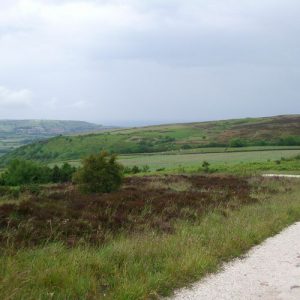 For those unaware Heartbeat is a UK drama series first broadcast in the early ‘90s. It’s  set in a North Yorkshire village during the ‘60s and was hugely popular, running for several years. It certainly became essential Sunday evening viewing for us. I clocked early on that the location of the fictional village of Aidensfield seemed remarkably similar to the actual village of Goathland – a detail my UK-based mother was able to confirm in one of our weekly exchange of letters when I posed the question. Goathland and its surrounding North Yorkshire Moors is an area I was very familiar with from spending so many holidays there with my closest friend and her family, who had a cottage close by when we were growing up. Mary has since returned to live in the area. 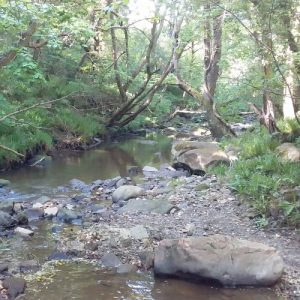 With UK visits off the agenda for the foreseeable future – and this year’s planned trip already a COVID casualty – revisiting Heartbeat’s Aidensfield, looked like the closest I was going to get to soaking up those moorland vistas again for some time. An opportunity to watch episodes again therefore was a no-brainer, even if it meant watching the show irritatingly and regularly punctuated with mind-numbing ad breaks.

So for the duration, Heartbeat is on Monday night’s viewing agenda, an unexpected opportunity to remind myself of the familiar and comforting Yorkshire dialect, and those windswept moors, while enjoying some  comparatively undemanding stories that unfold against a background of the uncomplicated energy that was popular music in the ‘60s.

It’s also a relief to inhabit a COVID-free zone for an hour or so.