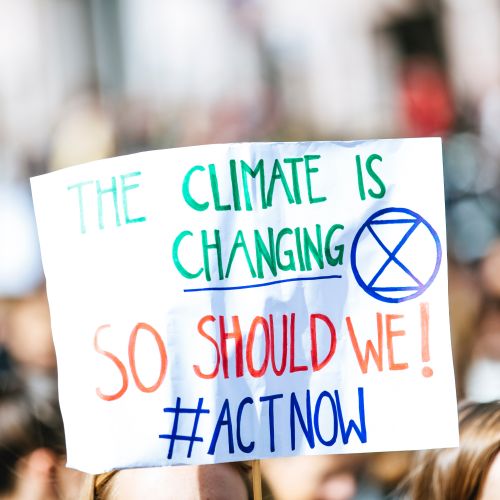 Just before the opening of the 47th parliament I emailed the following letter to our newly-minted PM. Labor was after all largely elected because they promised much greater action on addressing the climate crisis, even if many of us want and expect more than the 43 per cent cut in emissions by 2030. That’s not enough and is also why we want and expect the PM to collaborate with the Greens and the teal independents to achieve a more realistic target and time-frame. For the sake of the planet – and our country – I hope he does.

“It’s true you’ve not wasted time since winning the May 21st election, and you’re to be congratulated on mending some fences with our international neighbours, but your approach to the climate change issue leaves a great deal to be desired.

Many of us were heartened and encouraged by your comments during the election campaign indicating your willingness to work collaboratively across the political spectrum to end the so-called ‘climate wars’.
So your latest, and may I say, somewhat belligerent, reported position is bewildering to say the least. It’s also deeply and distressingly disappointing. If Australia is to move forward from the pariah status it rightly earned under the Morrison government, immediate and meaningful action on climate is essential. There is literally no time to lose. Climate change isn’t some vague nebulous future threat to our country or the planet. It’s here. It’s arrived. Just like the 98 per cent of scientists warned us it would decades ago, and who begged us all to act. And to prepare. Now it’s very nearly too late. We’re in the middle of it. The evidence is here for all to see. Catastrophic floods, unprecedented bushfires, damaging winds and storms, and harsh droughts. All have increased in severity and frequency. And they will continue to do so. The physical impact on the land and the environment has been, is, and will continue to be, horrific. The social and economic impacts from the destruction of lives, homes, businesses, and health is immeasurable. And it will only get worse.

And then there’s COVID. Arguably also a symptom of climate change. The wilful and greedy mismanagement of our global environment has resulted in the emergence of serious diseases. Scientists warned us of this probability too. With the warming climate some of those diseases are now being experienced in many more regions, and affecting many more people. Australia is far from being immune to this threat.

And yet Mr Albanese, now you are Prime Minister, you no longer appear inclined to work collaboratively with those so-called ‘teal’ Independents, and the increased number of Greens MPs. You claim a mandate for your government that has a majority of two. Please remember Anthony, these Independents – and Greens – are MPs who were elected because voters in their electorates are demanding our federal government acts on climate change. And acts immediately. And that action MUST include a swift transition from the fossil fuel industry we know is a major cause of the climate mess we’re now dealing with.

Please remember those Independents and Greens secured a vote of a good 30 per cent of the national vote. Labor might have secured a slightly higher percentage of votes, but still in the 30s, with the Liberals/Nationals securing a total somewhere in between. Your majority therefore is slim and cannot seriously be described as a ‘mandate’.

For all our sakes, and those of future generations, please waste no more time. Climate change is above political ideologies. We expect you and your government to work with those ‘teals’ and the Greens, say no to more coal mines, to close existing ones as rapidly as possible, and ensure those working in mining communities are able to transition to the cleaner and greener employment opportunities in the renewable technology options that abound in this country.

There’s literally no time to waste.