It’s been another strange year in these Covid times. While 2021 is drawing to a close 2022 is shaping up to be equally challenging. We’re all learning to navigate our way through a new reality without a reliable guide, map or compass.

This year has been a time of loss, both of well-known people and of the less well-known. During the last couple of months the sudden and unexpected death of a friend and former neighbour was a shock. We reconnected with Stuart when he returned to Tasmania after living overseas for several years and set about renovating his little house across the river from us. Despite being the unlikeliest candidate to be felled by a heart attack, ticking none of the boxes generally associated with cardiac issues, this was Stuart’s fate. Proof of the adage that one really does never know the hour or the day, and living each day like it could be your last really is the way to be. He certainly packed a lot of living into his 70-odd years, travelling to, and really immersing himself into, the cultures of more countries than most of us would experience in ten lifetimes. We will miss him.

I posted a photo of this rather spectacular gladioli on social media for both Stuart and Ruth – a friend and former colleague at Osborne Public Library where I worked before moving to Tasmania, and who died earlier this year – as well as for the three far better-known Tasmanian identities, all of whom died within weeks of each other: Tim Thorne, Annie Greig and Peter Cundall.

I’m not generally a fan of gladioli but the bulbs were in the garden when we moved to this property, and they certainly have their own appeal in the right situation. This one was certainly impressive, and a giant even for a flower that’s known for its height.

For many Australians gladdies are associated with Dame Edna Everage aka Barry Humphries. I still tend to associate them with funerals – tribute sheaves, and casket arrangements. It goes back to my previous life as florist shop co-owner.

But the analogy holds given that during the closing weeks of 2021 Tasmania – and particularly Launceston – lost three of its finest people in Tim, Annie and Peter. They were all leaders in their field, and were truly lovely, caring and generous individuals. I feel privileged to have known all of them, albeit not necessarily well, or for lots of years.

So in memory of all these impressive people: renowned poet, writer and environmentalist Tim; dancer and cultural icon Annie; and Peter: writer, horticulturist, gardener extraordinaire, and champion of the environment, this tribute is for you as well as Stuart and Ruth..

Tim was a fine and witty poet, and a tremendous advocate for fairness, justice and the environment. He was also on the Red Jelly panel, (when this little Tasmanian publication was still going) that gave the tick of approval to one of the first short stories I ever submitted. So Tim was also behind my very first publishing success. I cannot pretend to have known him well but certainly recall a memorable trip to Campbell town with Tim (I was driving) during the pulp mill campaign to meet up with a group of fellow environmental and political activists from around Tassie. It was a rather interesting if fiery meeting with some people who held more extreme views than I had – or have – but Tim was certainly one of the still but steely voices of reason and comparative calm. When he could get a word in! 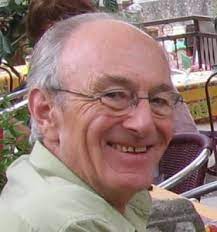 For many years I knew Annie Greig as the long-time director of Tasdance. She was always at the theatre door with her lovely warm and welcoming smile before each of the performances. Much more recently I knew her from cardio and Pilates classes at the uni, along with the oxygen tank that was by then beginning to accompany her everywhere. Exercising to Annie’s infectious laugh, joyful attitude and incredible optimism about her situation was an inspiration. 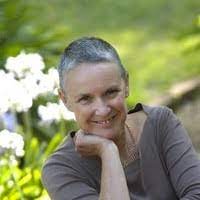 And Peter Cundall, who was such a fabulous caring man whose passion for gardening, and his knowledge about plants, was immense. I felt hugely privileged to call him a friend, getting to know him and Tina during the long years of the pulp mill campaign, and exchanging several emails during those years. 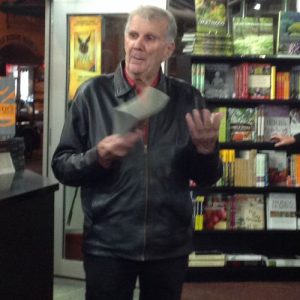 Peter was a familiar figure to me before the pulp mill years though, as our paths frequently crossed at the newsagents on a Saturday morning during our flower shop years. After finishing his stint at ABC Radio discussing all things plants, he would buy a copy of The Age, (while I was collecting a copy of the Ex) then hide behind its pages while enjoying a coffee at The Muffin Kitchen, our commercial neighbour in the Quadrant Plaza. It was clear he hoped to avoid being disturbed by yet another question about lemon trees, or what to do about curly leaf. Then, of course, I will always be grateful he generously agreed to my request to launch ‘Breaking the boundaries: Australian activists tell their stories’ – in Launceston, as per the publisher’s request. This was a book in which I had an essay about the aforementioned pulp mill campaign. Peter was a truly lovely man, and he will be very much missed by so many. 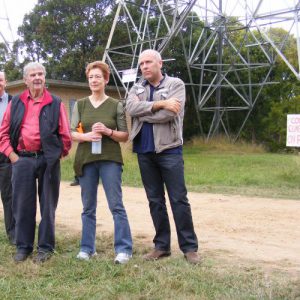